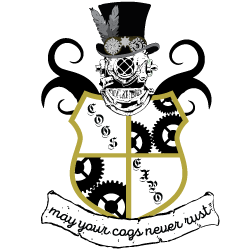 With last week's announcement of Steampunk Con, I have been speaking to a lot of confused and concerned steampunks. What's happening to COGS? Is this a good thing or a bad thing? What should I do? Who should I support?

If you just want to know my quick opinion, I believe that this proliferation of events is a good thing. I expect them all to be successful, fun, exciting events. COGS will have the opportunity to find a new and better venue. As for what you should do? You should attend steampunk events, have fun, bring your friends and make new friends. Who should you support? You should support the community and anyone who is working to make it better. It's not an election. You don't have to choose. You can support them all. 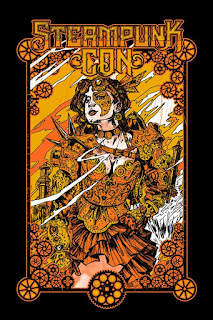 I'd like to discuss the addition of Steampunk Con to the calendar from a market and business perspective. I believe that most people have had enough of the drama and politics and just want to know if there will be events for them to flash their gears at, and this article is for them.

Background
For those who are not familiar, Until 2017 Steampunk Worlds Fair was the 800 pound gorilla of steampunk events. 3000 attendees, 2 hotels, and a $200,000 budget. It dominated the steampunk scene and we are unlikely to see anything like it in the near future. However, with its failure in 2018, a successor event called Community Organized Gathering of Steampunks (or COGS) took over that weekend and ran a much smaller event at the Radisson Hotel in Piscataway, NJ where Steampunk Worlds Fair would have run.

While small, the event was very successful and an excellent opportunity for the steampunk community to show that it was ready to get the gears turning on big events again.

It was clear from the moment that Steampunk Worlds Fair collapsed that a proliferation of exciting new events would come to exist. SPWF, by virtue of its size, stifled the creation of other steampunk hotel conventions in the Northeast. There are numerous steampunk festivals, but very few indoor, hotel conventions. Those events require a much greater financial investment and risk, and it was simply not a good investment while SPWF was running.

There are behind the scenes politics that would make for an excellent HBO series, but you can learn about those else where. The current situation is this: in spring of 2019, there will be three great steampunk events in a 7 week period.

The first concern I had heard from people is some variation of "splitting the community" or "splitting the market". This assumes that there is a finite market of steampunks with a finite budget. The actual economics of events is much more complex than that. The steampunk market is made up of a variety of different kinds of people from the absolute diehards to the causal tourist.

This is not to say that there will not be individual people who will have a budget constraint and find themselves having to choose between events, but there is more than enough of a market to go around. This is particularly true because Steampunk is such an open, welcoming, and inviting community, which facilitates the growth of the community as we see the growth of new events.

Room For Everyone
There are many examples that we can see where "competition" grows the market to the benefit of all. In the late 1980's, Boskone was the massive scifi convention in Boston, drawing over 7000 attendees every year. When they decided to reign in the event after a few tumultuous years and being kicked out of the city, there was a split between Boskone and Arisia. Arisia runs MLK Day weekend and Boskone runs a month later on Presidents Day weekend. Today, both events draw around 5000 people, one month apart, in the same city, sometimes at the hotel, and often sharing staff between the two events.

Connecticut has three large comiccon-type events, all during the same four month period, and they are all thriving.

To go back to the Arisia and Boskone example, when that split occurred, the two groups were not friendly. The very name Arisia is a reference to the good guys in the Lensman series, who fought the evil forces of Boskone.

Individual Economics
Let's start by looking at what an individual spends at a convention. People get very concerned about whether or an event ticket is $35 or $45, which is interesting when you consider that the average attendee spends a total of $500 to $1000 on their convention weekend.

But if someone is local, not staying in the hotel, doesn't spend a great deal with the vendors, and a bit more frugal on the eating and drinking, they can keep their visit under $100. Thus there is no reason that local steampunks, of which there are many in the greater New York area, could not attend both events.

Separate Markets
There is not simply one population of steampunks who live in Steampunk Town, New Jersey and choose which events they will attend. In fact, most steampunks have other identities beyond steampunks. Some are scifi geeks, some are goths, some are metalheads, some are mechanics, some are politicians, some train monkeys at the zoo.

Like everyone, different steampunks have different levels of dedication. Some are so steampunk that their heart is actually a clockwork machine. Others are vaguely aware of this thing with the gears but they've seen Eternal Frontier perform and they think they're pretty cool so they'd like to check it out again.

Vampire Freaks, the company that, in association with the owner of the host hotel, is running Steampunk Con, has been running events in the goth community for 15 years. They have a large following in the goth community, but are relatively unknown in the steampunk community. This has an interesting and positive connotation. They have a great reach into a community of casual steampunks for whom Steampunk Con will be their first steampunk event.

COGS Expo, on the other hand, has deep roots in the mainline steampunk community, and will draw the more devoted steampunks. However, the most devoted steampunks will attend both events. "Most devoted" means attending all the events as long as they're not on the same weekend (or shuttling back and forth if they are close enough).

Rather than splitting the community, I expect that the existence of this new event will grow the community. COGS Expo will continue to draw the fans it drew last year. Steampunk Con will draw new people, and those people will have the chance to meet the devotees.

Blackthorne Steam, which has an event capacity of about 120 or so people, will continue to sell to capacity as it always has.

Can Goths Run Steampunk?
While they have never run a steampunk event, they have run Dark Side of the Con for a number of years, and Steampunk Con will likely be structurally similar. They had the opportunity to run Dark Side of the Con this year without the support of Jeff Mach Events and demonstrate their ability to run a good con on their own, so I have no doubt that they can run a great event.

But Wait There's More!
COGS Expo and Steampunk Con are not the two successor events to Steampunk Worlds Fair. They are the first two successor events. There is talk of an event in Connecticut and another in Massachusetts that I have heard. As event organizers realize the opportunity that now exists, I would not be surprised if we see as many steampunk conventions in the Northeast as there are scifi conventions.

We are at the start of a very exciting time in steampunk.

So, what should you do?
You should attend steampunk events. As many as your wallet and calendar allow. And you should play Concardia there.

Whom should you support?
Everyone.

Posted by Michael Whitehouse at 4:39 PM