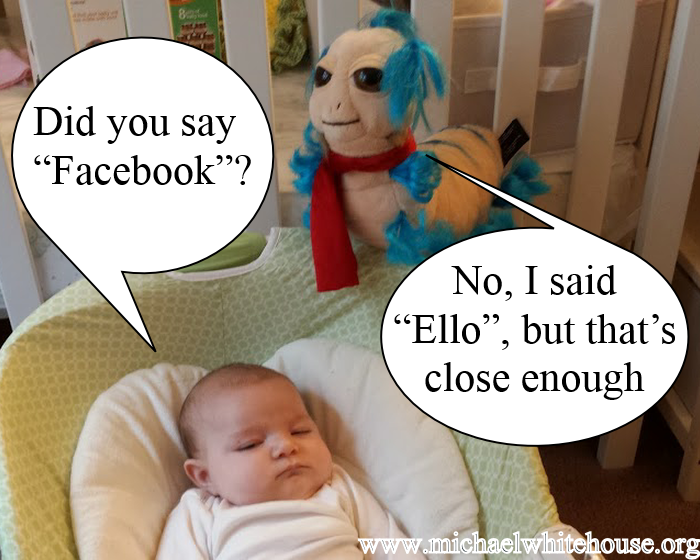 There's this new social media side called Ello out there. Well, there is the steel frame on which they will build Ello soon. Setting up a profile feels a little like moving into an apartment with plywood floors and no glass in the windows because it hasn't been installed yet.

But, their heart is in the right place, and sometimes that's all it takes. The Ello team decided they were tired of being a product to be packaged and sold to advertisers by Facebook, Twitter, Tumblr and the rest. So they set about making a social networking site that was built all around the social networking, not the monetization of personal data.

This leads many to say "That can't work. How can they make any money without advertising or selling data?"

Ah, yes. A social network could not possibly survive without advertising and selling personal data. That's why Live Journal went bust. No, wait. Live Journal didn't go bust. It did quite well for a number of years until the creator was offered a bunch of money to sell out, and he did, then the site drifted into obscurity.

When you create a corporate monstrosity, people will be very hesitant to share their money with it. Live Journal, while it was still being run by its creator, did not have a giant corporate feel. Because of that, people were more than happy to purchase paid accounts. This produced more than enough revenue. It was only when the new owners got greedy and started putting in ads that the site started to look tacky.

The money is out there, and for a social networking site that provides them what they want, people will pay $20 a year for premium features. And by people, I mean 1% of the people, which is probably about all they need to make it a profitable business model. At least it will work this way for as long as the idealistic creators run it, until some big investor offers them 9 figures to sell it, and they do then we are all looking for the next Live Journal. Fortunately, if history is a guide, we have 4-7 years to enjoy this new site before that happens.

Moral of the story: join Ello, post some stuff. I have invites.


P.S. Some people have expressed concerns about the security of the site. Let me try to put this in simple terms:

I don't post things online because I want them not to be seen. If I want something not to be seen, I'll keep it somewhere secret, not on a social media site.
Posted by Michael Whitehouse at 11:59 AM